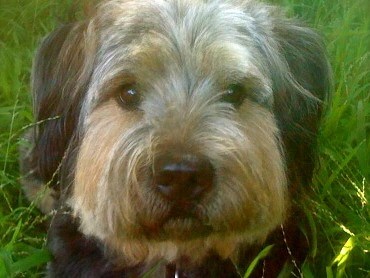 An alarming email came across my desk yesterday warning dog and cat owners of the hazards of using cocoa shell mulch in their gardens and planters.  In my last blog titled “DIY Project:  Transform Your Patio Cover from Boring to Va-Va-Bamboo” I included a link to the HGTV show “Red, Hot, and Green” which contains the episode “Tropical Getaway” where designer Nicole Facciuto suggests using cocoa shell mulch as a green alternative.

With spring inspiring all you “green thumbs” to get planting, I felt it was prudent to share this excerpt from Snopes.com (a website that dispels rumors known to circulate via emails and the Internet) that responds to the warning above:

“This warning about the potential danger to pets posed by cocoa mulch began appearing in our inbox in May 2003.  Unlike the majority of scary alerts spread through the Internet, there is at least some truth to this one, although we know of only one substantiated case of a pet death caused by ingestion of the substance.

(in July 2007, “Moose,” a 3-year-old Labrador belonging to a Minneapolis couple, died after eating cocoa mulch purchased at a local store. His owners had a veterinarian at the University of Minnesota perform a necropsy to determine the likely cause of death of their young and previously healthy pet. The vet found cocoa shells in Moose’s stomach and evidence of theobromine in the shells.)”

Veterinarians have noted that cocoa mulch contains ingredients that could pose a health risk to dogs (and other pets that might be tempted to ingest it):

“Cocoa mulch is a risk, especially to dogs,” said Dr. Larry Family of Aqueduct Animal Hospital. Found in most home garden centers, cocoa mulch is known for its fine texture and the sweet smell the fresh mulch gives off.  “But getting past the scent,” Family says, “cocoa mulch can be dangerous if a dog starts eating it.” It contains two key ingredients found in chocolate: theobromine and caffeine. “Similar to eating chocolate,” he continues, “a dog that eats just a few ounces of cocoa mulch could start having stomach problems and it could get worse if it eats more.”

“As time goes on, they might act restless, excited, it can produce tremors and serious seizures,” Family explained.  “Puppies are very curious animals. So they’re going to be attracted to various things around the yard and [the effect of eating cocoa mulch] seems to be more severe in the small breeds, and it depends on the amount they actually ingest.” The American Society for the Prevention of Cruelty to Animals (ASPCA) confirms the potential effects of theobromine and caffeine on dogs:

The Snopes article continues explaining their research into the claim:

According to tables we’ve examined, cocoa mulch contains 300-1200 mg. of theobromine per ounce, making cocoa mulch one of the strongest concentrations of theobromine a pet is likely to encounter in any chocolate product.  However, the question of the gravity of the risk presented by this type of gardening mulch remains a matter of debate.

Though some manufacturers of this product claim there is little to no evidence to be alarmed, the Snopes article reveals this:

Some manufacturers of cocoa mulch (such as the Cocoa Mulch brand) now proclaim that their products are theobromine-free and pet safe.  Responsible pet owners should take care in their selection of cocoa mulch brands; some might prefer to choose another form of soil enhancement for their gardens, such as cedar-based products

, rather than gamble their dogs won’t be attracted to or harmed by cocoa mulch.

(Although Home Depot is…a vendor of cocoa mulch…the company told us in May 2006 that: “The Home Depot does not and will not sell mulch harmful to pets. The mulch sold by The Home Depot containing cocoa shells goes through several cleaning processes, including a high heat system in order to strip the cocoa fat from the shells without the use of any chemicals.”)

We at HomeJelly encourage you to research this further and to make choices for buying products for your home that are safe and appropriate for you, your pets and your family. 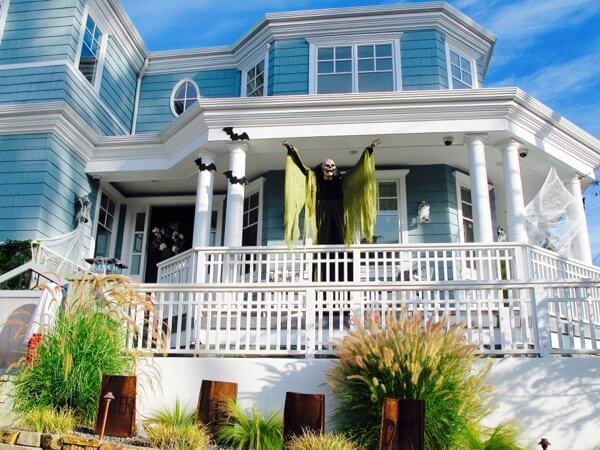 Room of the Day: Create A Phantasmic Outdoor Space 5 Fabulously Unique Ways to Frame A Subject in a Photo 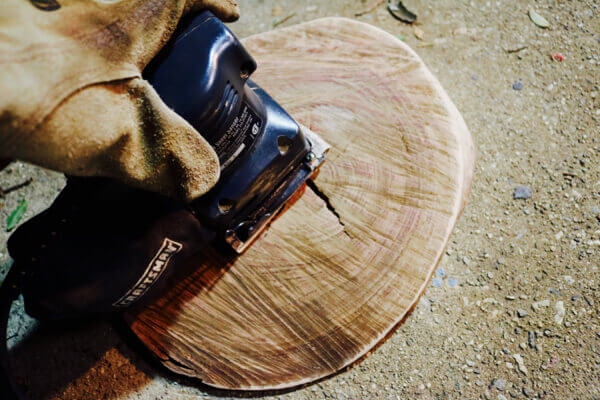