This is a love story. Well, sort of. Starting with the end, Shannon Quimby, the Leonardo Da Vinci of reuse, recycle, restyle, renew, and repurpose, recently bought a home that she carefully tore down, then reused the materials from that house to rebuild a new one in its place. Within the deconstruction, she found these fabulous gates…originally boards from a fence that had been destroyed in a storm back in the 1960’s. Someone then resourcefully used these boards to built jumping gates for horses. Some two decades later, gates still in tact, they were repurposed into a wall hanging for a western themed restaurant. Then, as eateries sometimes do, it eventually closed down and the gates were placed in storage. Ten years past, and they were snatched up again to be used as driveway gates. This driveway was then part of the newly reconstructed home of Shannon Quimby, who rescued and revived these fifty-something year old fence boards into this amazing headboard. Now if that’s not a love story…I don’t know what is!

To read about Shannon Quimby and to view more of her amazing projects, visit her at: shannonquimby.com. 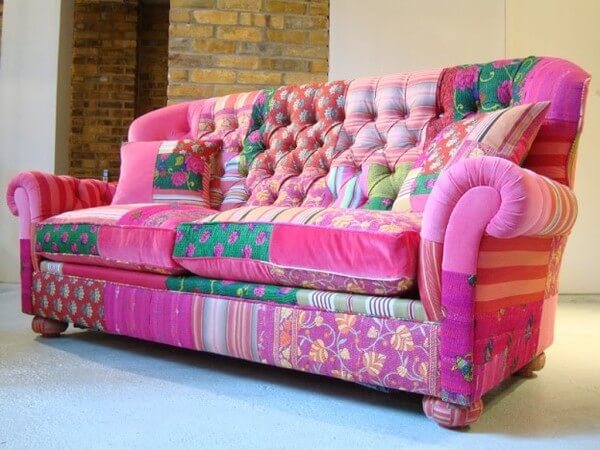 Patchwork Furniture Is So Posh Intermixing New and Old Is So Now